In developing the Lamington III amp, the challenge was to produce 40W+ using a  power supply with significantly lower HT voltage than is typical for high powered amps. I wanted to do this to make the amp easier and safer to build, and also to use readily available low cost transformers.

The answer to this challenge was found as I rediscovered the 6CM5/EL36 valve. These valves have not been used in the past in guitar amplifiers, although  similar valves, the 6DQ6 were used in Australian Goldentone and Playmaster amps. The 6CM5 valves were used in the day as power valves in old B/W TV sets – just about every Australian TV used one and they were then and are now readily available. What is not generally known is that these valves are capable of high power with a low HT voltage of 300V. In prototyping the Lamington III, I was pleased to see a pair of these valves produce 42W of undistorted output. In other attempts to use typical power valves in the final design such as the 6L6 and EL34, significantly lower power was achieved. The 6CM5 alone permitted the kind of output power that I wanted to achieve. 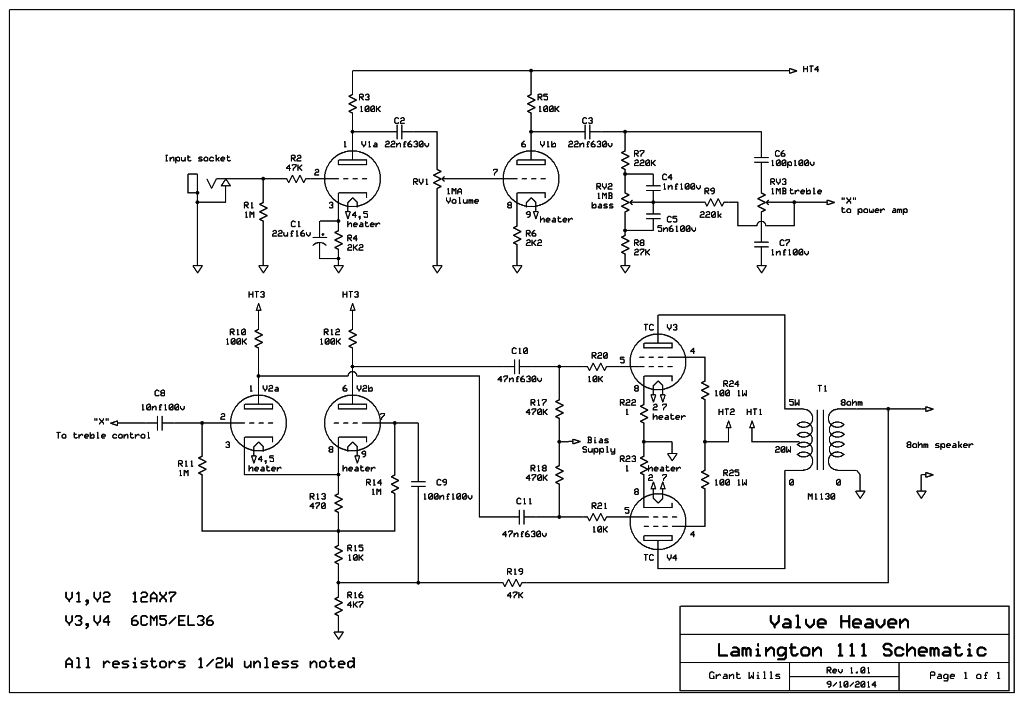 Here you can see the circuit or schematic for the Lamington III amplifier. It is of conventional arrangement, with two input triodes  V1 (12AX7) driving a James or Baxandall tone stack, which in turn drives another 12AX7 (V2) arranged as a “long tailed pair” phase splitter. The phase splitter then drives the “push-pull” pair of 6CM5/EL36 output valves which drive the output transformer (a readily available M1130 PA line transformer) to produce the 40W of power into the speaker. The M1130 output transformer has the added benefit of a number of output “taps” which enable a range of speaker impedances to be used with the amp.

The power supply for the Lamington III is very similar to the original Lamington amp. It uses 2 X low cost M6672 30V 1A transformers with secondary windings in series driving a 4 X voltage multiplier (or charge pump) to increase the applied 60V AC to a little over 300V DC of HT. Again, in case you think we are getting something for nothing, the current available from the 300V HT is only 1/4 of the 1A rating of the transformers. As the amp only requires 250ma of HT current, this supply is ideal for the amplifier.

The only real departure from the original Lamington power supply are the components C8, R6, D5, C5 and RV1, added to create a negative bias supply of about -32V for the output valve grids.

For valve heater supplies, a low cost M2154 is used as shown in the attached schematic. Although the total power required by the heaters is 6.3v X  3A = 18.9VA, a little over the 18VA rating of the transformer, in practice the transformer performs fine with little heating of the core or windings. 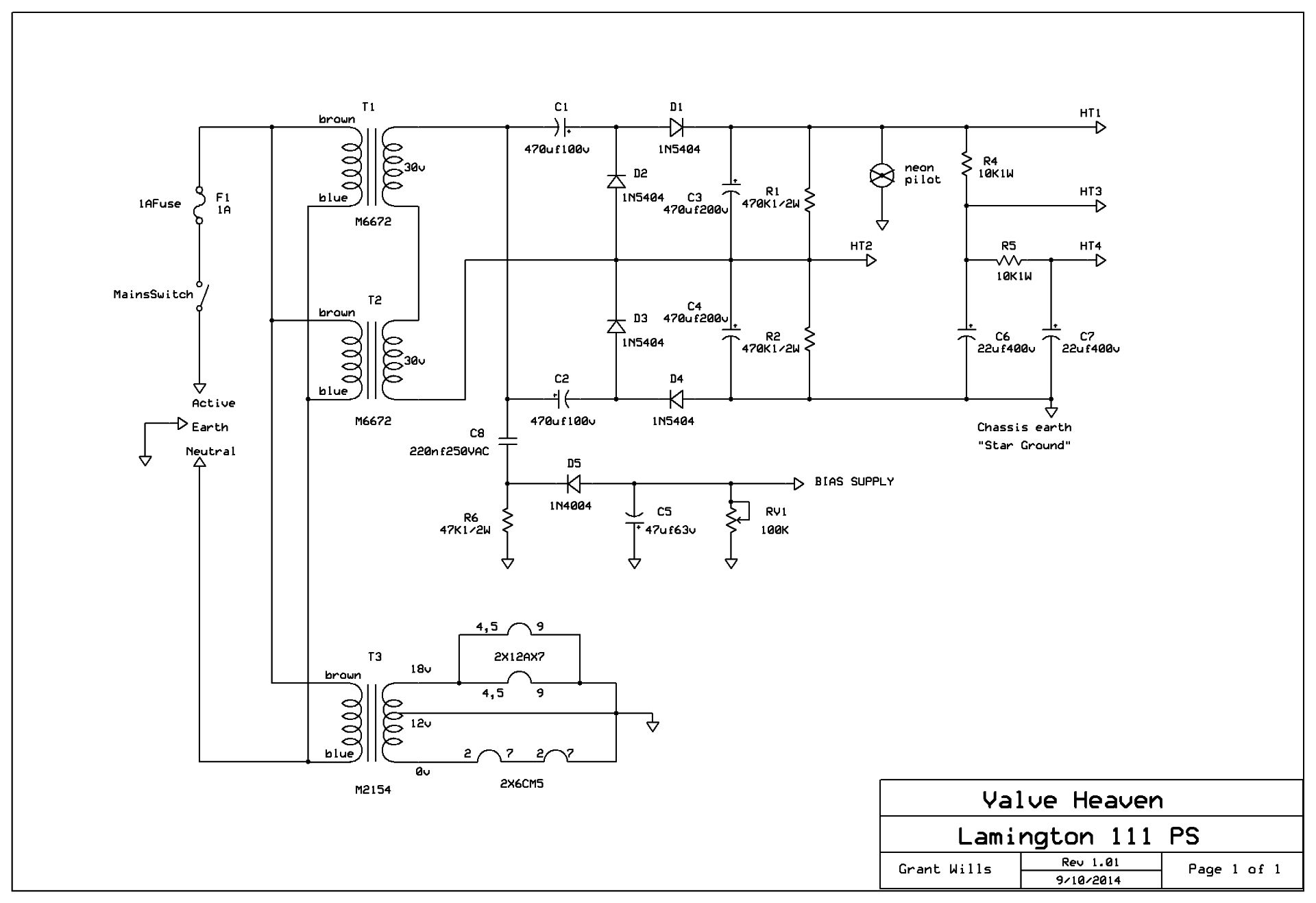