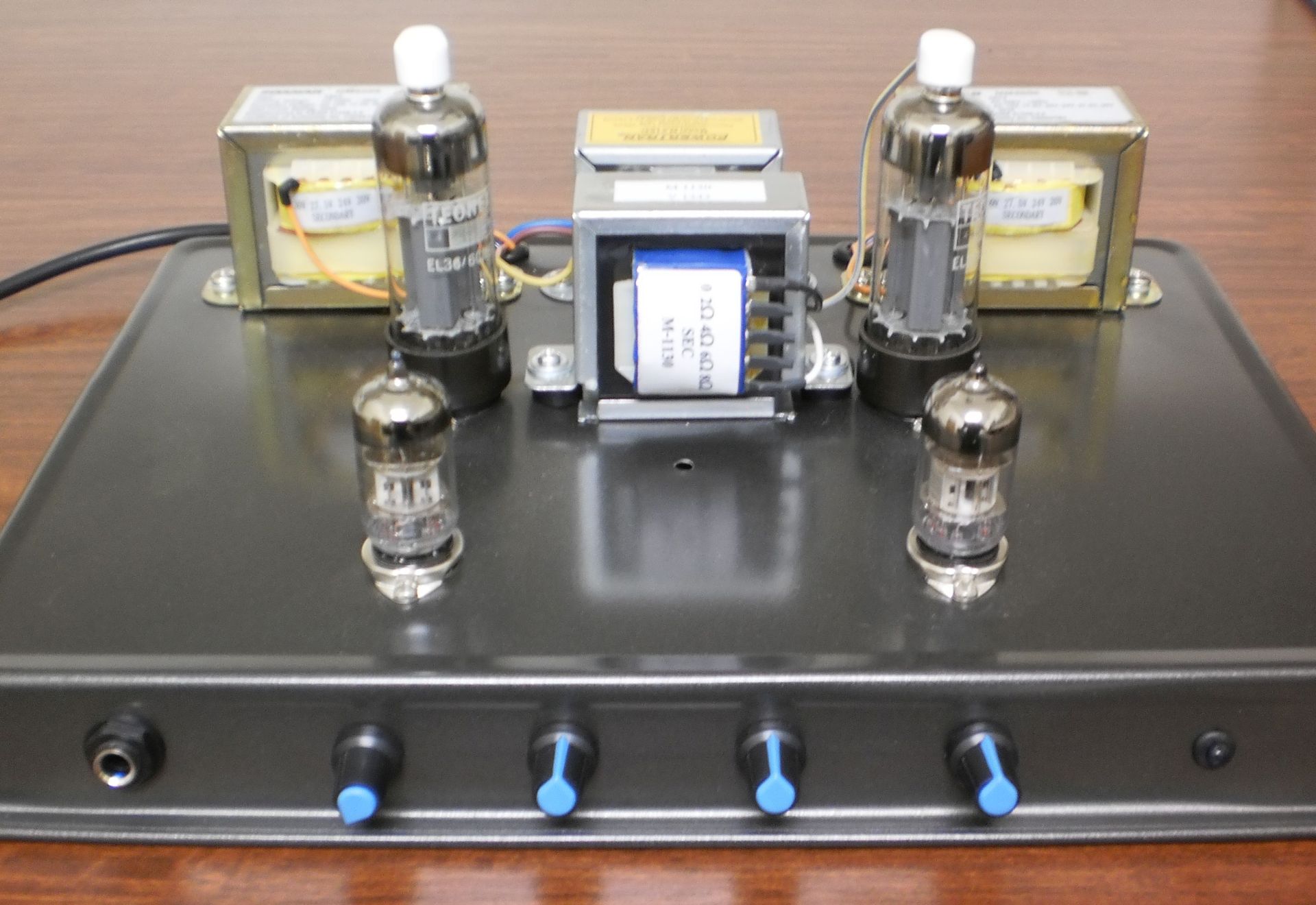 While the original “Lamington” 15W amp has been very favourably received and literally hundreds have been built, I regularly receive requests for a higher powered amplifier. Some time ago, I developed the Lamington II amp which produced 50W of power from a pair of 6L6GC valves. Numbers of these amps were built successfully, but unfortunately supplies of the power and output transformers used in this amp dried up and are now unobtainable.

So from time to time I have looked at a new high power amp design. I wanted this amp to satisfy a number of conflicting requirements:

The good news is that after a good deal of prototyping, a new 40W Lamington amp design has been developed that satisfies all of these requirements. It is almost as easy to build as the original Lamington, uses low cost easily sourced parts and uses a safer lower voltage power supply. And last but not least, it sounds great! 40W of power with heaps of clean headroom. It sounds like a combination of the best American and British amps of the 50W class – not unlike the classic Australian Goldentone amps which is not surprising as the Lamington III uses similar output valves in a similar configuration to the Goldentone amps from the 60’s.

It needs to be said that this amp generates potentially lethal voltages.
It cannot be overstated that you need to exercise extreme caution when measuring voltages etc., on a working amp. NEVER hold the chassis with one hand while you are probing with the other hand. Put one hand in your pocket and probe with the other with the negative multimeter probe firmly clipped to the chassis earth point.
Don’t forget that even when the power is turned off, nasty high voltages may still exist in charged capacitors in the amp. Before working on or modifying the amp, wait for 5-10 mins to allow all capacitors to discharge.

A voltage check will tell you if there are still voltages present.
Working on valve amps need not be dangerous if you apply due care, common sense and maintain a healthy respect for over +300V of high voltage.

I present these amp designs with the understanding that anyone building them has taken the time to consider the relevant safety issues involved. Your safety is important!